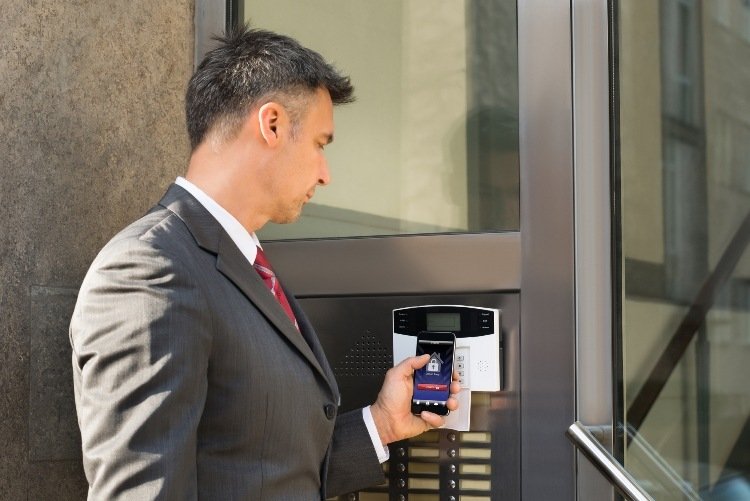 In a digital world, we’ve added new layers of security and protection from potential threats. It has also been integrated into how physical access controls work and has been enhanced to deal with modern security threats. Knowing the best setup for access control and physical security control will ensure a secure and safe environment.

These are primarily physical barriers to entry, from turnstiles to security fences to door access control systems. They require specialised types of credentials to be able to enter these locations and are a much more secure option when it comes to protecting physical locations.

A completely integrated security system with the right mix of physical credentials and digital identification makes it difficult to procure illegally. No more locks for keys, but designated readers that can only read specific credentials such as key cards or key fobs. They’re also an easily scalable solution that can be expanded as needed, both with new physical access points and also with the inflows and egress of employees.

By default, having these physical security controls, it acts as a natural deterrent from criminal activity as there’s already a secure barrier to get through.

What makes them so good?

It helps to define each individual access level. That means those key cards or other types of credentials are assigned to a specific person with specific privileges. Then, through a physical access control panel, the physical security system is able to build a fully customisable solution down to each individual.

This also helps with updates in the future if a person needs their credentials increased or changed due to working on a different floor or gaining a promotion requiring additional access points.

This means only authorised people have access to specified locations.

When visitors come to the site, there’s a possibility to give temporary access that can be predefined beforehand. Whether its specific access through a certain physical access control point or only for a few hours, all of this is customisable through the access control point and ensures short-term occupants aren’t compromising the security system in place.

Since the system itself is versatile, it can also allow users to exit during an emergency. However, this doesn’t mean that access is given to the specific credentials by the physical access control panel and is able to unlock all doors, turnstiles, gates and other physical barrier points easily for an expedient route to be opened for tenants and their guests.

Because physical access controls are also easily trackable and manageable, it’s easy to detect suspicious activity or access where it shouldn’t be. Most systems also come with enhanced real-time data instead of timestamps, so you can easily notify your security team of any unauthorised access.

Due to the specific physical credential, it also makes it hard to duplicate the credentials as they are tied to an individual and their particular access. For example, unlock keys that can be replicated by locksmithing machinery; the data is digitally encoded to the credential or is integrated with biometrics.

Even with physical key cards and fobs, there have been instances where those types of items can either be stolen or effectively copied with specific machinery. Due to that, there are ways to upgrade existing systems or implement a fresh physical access control system to include biometrics.

Biometrics is an even harder component to duplicate or hack as it’s unique to each individual. Biometrics will work with all door access control systems and seamlessly integrate into modern physical security controls.

They can be used in combination with a physical credential as needed. Common biometrics include fingerprints, facial recognition and retinal scans. This also became more popular during recent years as both facial and retinal scans are actually completely contactless and help to prevent the spread of any diseases.

On top of all these biometrics, there’s a hybrid digital option that can be used with smartphones that help reduce the number of physical key cards and passes that are needed and add a bonus layer of security through the smartphone as well.

Is it hard to install?

Not at all. Physical access control systems are some of the most user-friendly systems to work with as well as integrate with other systems. They’re meant to be easily and quickly installed without any issues and with maximum security benefits.

They’re also highly efficient because there’s no need to worry about security breaches that are common with lost keys. Suppose a physical credential is lost or assumed lost. In that case, they’re directly registered with the user, and as long as it’s reported, can be deactivated remotely and a new one issued within minutes.

This also helps those with access to feel more secure and simply go about focusing on their day-to-day work instead of worrying about things such as user access controls. If you don’t already, getting a physical access control system set up as a final piece of your overall security system will be the best security decision made.

We use cookies on our website to give you the most relevant experience by remembering your preferences and repeat visits. By clicking “Accept”, you consent to the use of ALL the cookies.
Cookie settingsACCEPT
Manage consent

This website uses cookies to improve your experience while you navigate through the website. Out of these, the cookies that are categorized as necessary are stored on your browser as they are essential for the working of basic functionalities of the website. We also use third-party cookies that help us analyze and understand how you use this website. These cookies will be stored in your browser only with your consent. You also have the option to opt-out of these cookies. But opting out of some of these cookies may affect your browsing experience.
Necessary Always Enabled
Necessary cookies are absolutely essential for the website to function properly. These cookies ensure basic functionalities and security features of the website, anonymously.
Functional
Functional cookies help to perform certain functionalities like sharing the content of the website on social media platforms, collect feedbacks, and other third-party features.
Performance
Performance cookies are used to understand and analyze the key performance indexes of the website which helps in delivering a better user experience for the visitors.
Analytics
Analytical cookies are used to understand how visitors interact with the website. These cookies help provide information on metrics the number of visitors, bounce rate, traffic source, etc.
Advertisement
Advertisement cookies are used to provide visitors with relevant ads and marketing campaigns. These cookies track visitors across websites and collect information to provide customized ads.
Others
Other uncategorized cookies are those that are being analyzed and have not been classified into a category as yet.
SAVE & ACCEPT
Request a Call Back